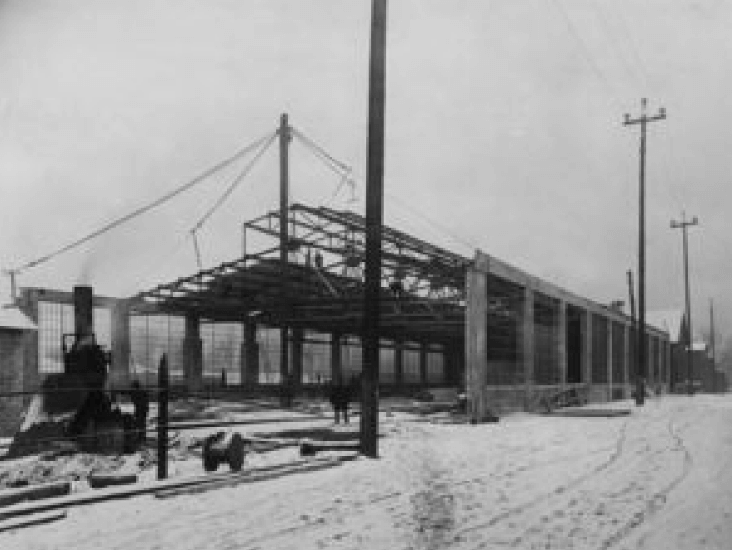 THE WAY IT WAS: A snowy day in 1909 with construction work underway on a new foundry building for the bygone La Crosse Plow Co. This old foundry, located on the west side of Second Street just south of La Crosse Street, was later home to Machine Products Co. from 1970 to 1994, according to Tribune files. This building remains standing today and was recently in the news due to part of the structure being condemned by city inspectors for the second time in two years.

Anyone with more information about this photo or wishing to donate photos of the Coulee Region may contact the La Crosse Public Library Archives at 608-789-7136.