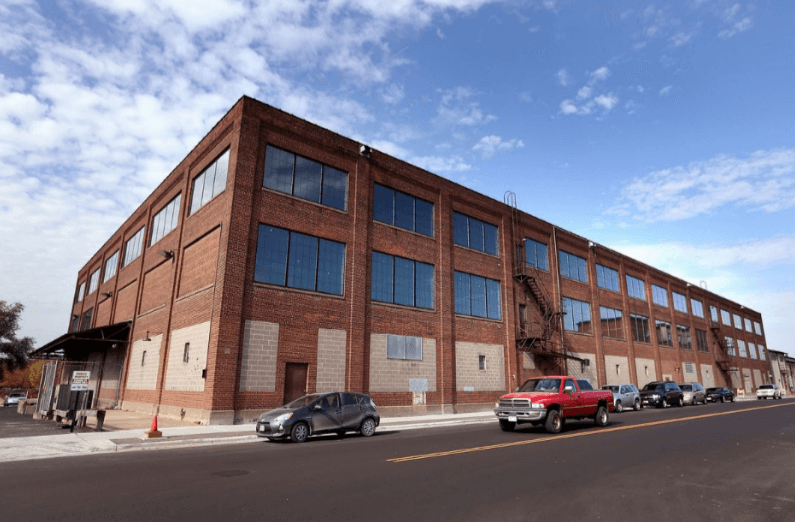 Posted at 05:35h in News, News Articles by Bob Lindner

The owners of the former La Crosse Plow Co. building on Second Street have applied to have it added to the National Register of Historic Places.

Such a designation could make 525 N. Second St. next to the Oktoberfest grounds eligible for historic­tax credits, which representatives of the Cleary family have indicated they plan to seek to renovate the two­block former factory, said Tim Acklin, La Crosse senior planner.

He did not say what the Clearys might have in mind for the building, which has been vacant since 1995; the north section was condemned in 2013 due to a crumbling roof.

A spokesperson for the Cleary family was not available Monday.

But with the new Hampton Inn hotel nearing completion just across Second Street from the building, this could be “another great project that revitalizes that area downtown,” Acklin said.

“It just adds to all the amazing things that are going on in our downtown right now,” Acklin said.

The building was part of the now­defunct Allis­Chalmers Co. operations for four decades, producing tractors and agricultural implements for what then was one of the industry’s largest manufacturers in the United States.

The northern half of the building — which now has “Oktoberfest” letters on its north face — dates to between 1909 and 1914, while the three­level, flat­roofed brick section with large, industrial windows was built in 1937­38 after Allis­Chalmers acquired the site in 1929, according to Preservation Alliance of La Crosse president Barbara Kooiman, who prepared the application.

The manufacturing site grew out of a blacksmith operation that produced plows, rakes and other agricultural equipment designed to be pulled by horses. Albert Hirshheimer incorporated the business as the La Crosse Plow Co. in 1893, becoming one of the city’s main manufacturers by 1912, according to Kooiman’s research.

The company relocated from Third and Pine streets to the new site at Second and La Crosse between 1909 and 1914, growing “large enough to attract the attention” of West Allis, Wis.­based Allis­Chalmers, Kooiman wrote in the application.

Under Allis­Chalmers, the La Crosse factory at its height employed 1,250 and was producing about 10 percent of the company’s orange tractors, or about 200,000 units in 1950. The entire building has a footprint of about 121,578 square feet, slightly more than the size of two football fields, according to Kooiman.

When it closed in 1969 as Allis­-Chalmers struggled, the local operation was the city’s second­ largest payer of real estate and personal property taxes behind only Trane Co., according to the application.

While windows were replaced on the second and third floors in the southern building in 2003, they are of a similar style to the original and did not alter the openings, according to the application. The stucco façade on the north section is not original but dates back at least 40 years.

“Overall, the building displays a high degree of integrity,” Kooiman said in the application.

The state review board that oversees applications to the national registry is scheduled to consider the building Nov. 20, Acklin said.

An application also has been submitted to list the 91­year­old Roosevelt School, closed since June 2014, but it will not come before the board until 2016.

Gorman & Co. Inc. has proposed converting the North Side school at 1307 Hayes St. into affordable housing. The Oregon, Wis.­based developer was turned down by the Wisconsin Housing and Economic Development Authority for low­income housing tax credits earlier this year.

Ted Matkom, Gorman’s Wisconsin market president, said at the time the company would seek alternative funding and tax credits for the project. He could not be reached Monday for comment.